Dell Inspiron G5 5090 is a refreshing addition to new-age gaming desktops that combines a power-packed performance and enhanced productivity for users. This Dell G5 gaming desktop 5090 easily emerges as a strong contender for gaming enthusiasts who might be looking for a powerful device. The reason is its great features and specs, not to mention some amazing looks that could give tough competition to any PC worth it’s salt. On top of it all, it is priced reasonably enough to attract gamers working with a mid-range budget.

Here, we will review Dell G5 5090 gaming desktop equipped with a 9th generation Core i7-9700K processor. As you will see shortly, this top-end configuration is designed to take your game to the next level, literally. So, before we move ahead, let’s take a closer look at its specs below. 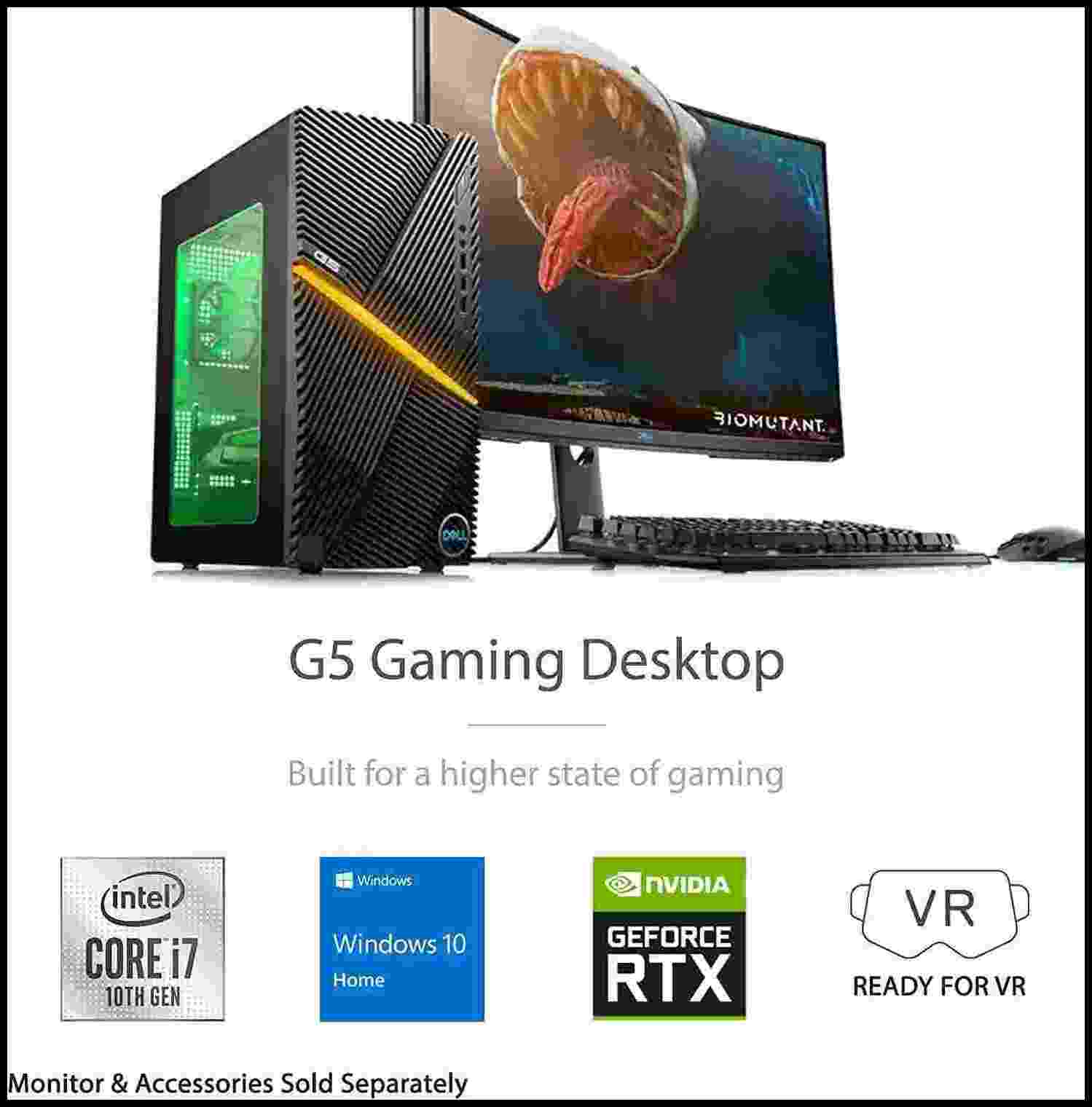 It goes without saying that gaming performance is the most important aspect to be looked into. But first, we will analyze different aspects that can potentially affect its in-game performance. After doing that, we will take a look at the actual in-game performance achieved by this desktop. This will allow us to arrive at a trustworthy opinion about its gaming capabilities. 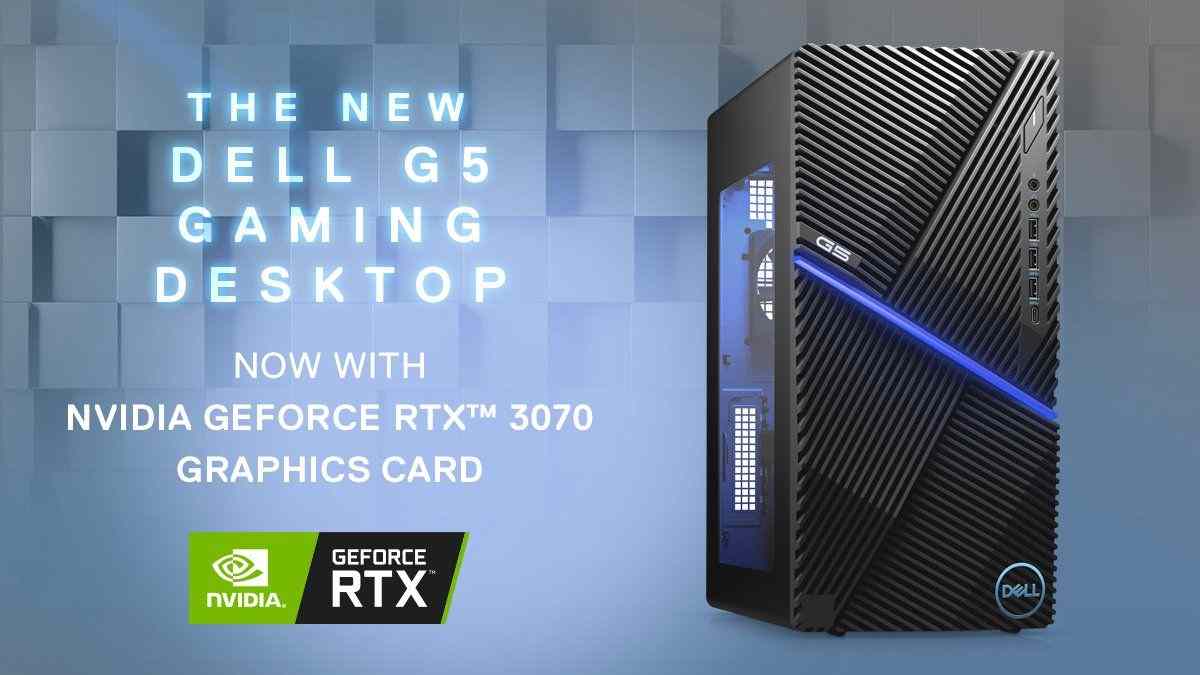 Let’s take a look at the graphics first. This desktop offers high-end VR-capable graphics and can handle some cutting-edge NVIDIA® GeForce® GTX and RTX graphics cards along. In addition, it also works well with AMD graphics cards. It offers a rare smooth performance and you can easily play some of the reigning titles with this gaming PC minus any lags.

It is critical for a gaming PC to be equipped with just the right kind of resources to keep it cool enough while gaming. Overheating can easily wreck some of the best PCs built for gaming. This gaming desktop does not disappoint on this count since it boasts of a 65W CPU cooler that ensures optimized airflow with a maximum fan speed of 4500 rpm. This offers enough thermal efficiency for gaming sessions that could last hours.

You get Bluetooth 4.2 connectivity for faster and smoother connectivity in this device. Also, there is an internal Qualcomm DW1810 chip for 802.11ac wireless to take things truly to another level in terms of connectivity.

You will find 4 USB ports on the front including three USB-A and one USB-C port along with a 3.5 mm audio jack and another 3.5 mm mic jack. Additionally, you get six USB-A ports on the back, and three audio jacks. It creates enough room to try out a variety of plug-in devices and a choice of ports to find what works for you.Dell G5 gaming desktop 5090 is also equipped with a dedicated DIVI port, HDMI port, Ethernet port, and a Display port for greater convenience of users.

On the whole, if not the best in terms of gaming, this desktop offers a truly decent gaming performance. In short, a great choice for gamers who are not too keen on building their own gaming PC. What’s more? It offers a lot of upgradability which is good for any serious gamer. All you need to do is remove the two thumbscrews at the back to remove the side panel that gives you direct access to the motherboard and other internal parts. 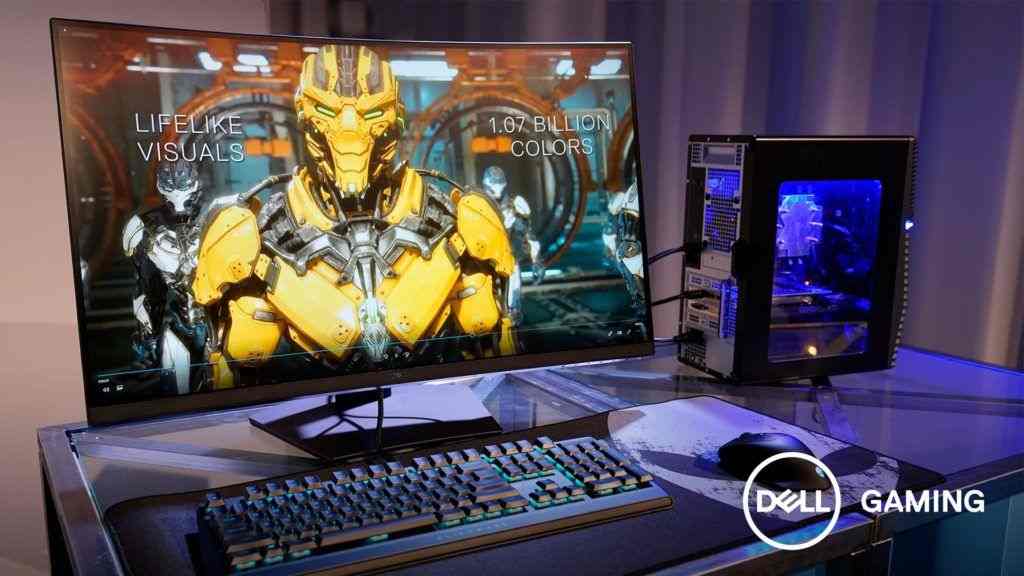 There is no need to stress the importance of taking a look at the performance of any system while gaming. It gives you a practical idea of how various features and capabilities of this PC come together to improve or dampen your game experience. When tested with some of the popular titles including Far Cry and Shadow of Tomb Raider, the performance was almost flawless in this configuration. In some of the games, frame rates were on par with gaming PCs in its range but could still do better.

Next, we will review some additional aspects of this gaming desktop that makes it a force to reckon with if we compare it with the Dell G5 5000 gaming desktop.

Alienware series is the undisputed leader in the gaming arena and Dell did a commendable job of recreating the look and feel of this desktop. The unit stands out for its blue bezel LED lighting and a unique Alienware-style design. However, that is not all. The system also features an Alienware Command Centre that is designed specifically to enhance your gaming experience.

It lets you easily adjust system settings and access gaming information without any hiccups. You can customize game settings and create desired software environments for advanced gameplay. All of this, without affecting the overall performance of the desktop in any way. 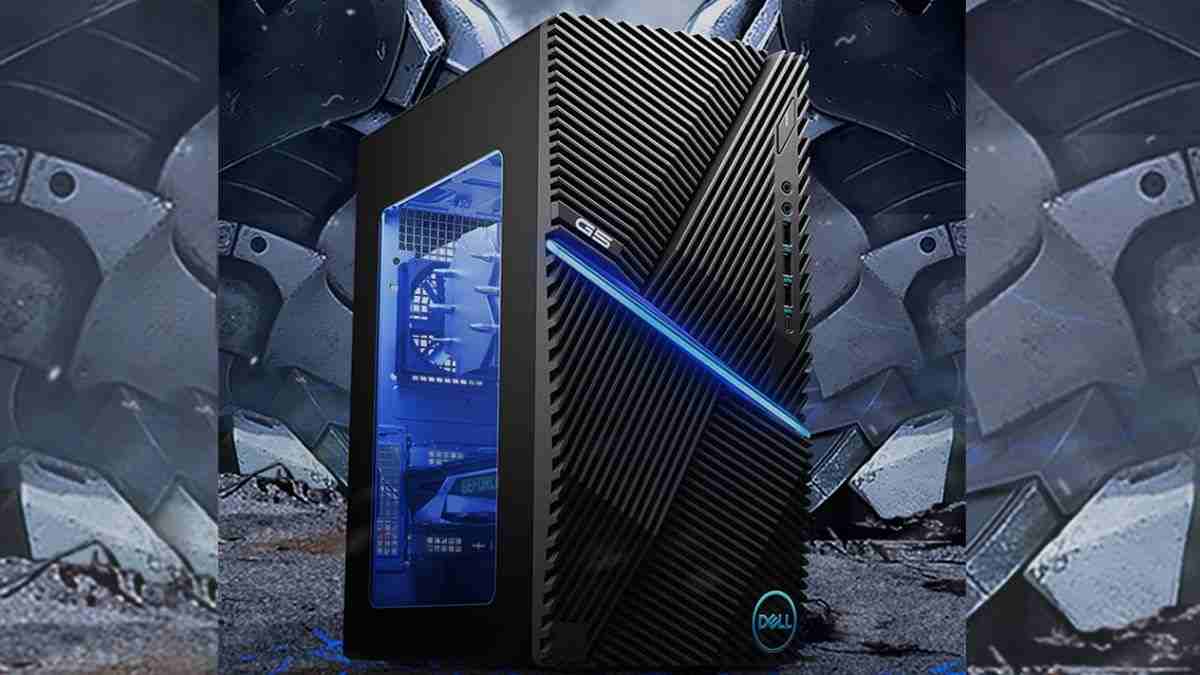 What makes Dell G5 gaming desktop 5090 stand head and shoulders above the competition is its high level of productivity. It combines game performance and productivity to achieve what very few desktops are able to offer. Relying on an 8-core processor and advanced multithreading, it can easily run a number of programs parallel to each other.

You can also hook up an additional monitor to run any programs for work while gaming on the other. The speed and efficiency are beyond question in this PC and the performance continues to stay above par.

Now, let us take a look at some of the positives and negatives of this gaming desktop which should give you a fair idea of how things stand.

After carefully analyzing every aspect of this next-gen gaming desktop, we can confidently say it is a good bargain if you are seeking real value for money. Along with top-notch gaming performance at 1080p resolution, it comes packed with enough processing power and resources to allow for a high level of productivity. Plus, an uber-cool game-inspired design and advanced cooling options.

Also, multitasking becomes a fun addition and an upgradable design enhances the overall utility. In short, a prized possession for any gamer who takes his stuff seriously and believes in no compromises. No wonder few gaming setups can match Dell G5 gaming desktop 5090  in terms of style, performance and efficiency.